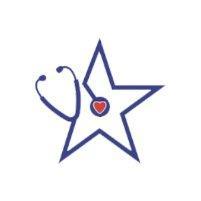 Every year, certain strains of the influenza virus come into circulation and cause widespread respiratory infections that can have serious complications, particularly in small children, the elderly, and individuals with certain medical conditions. In San Antonio, Texas, South Texas Family Medicine and Urgent Care Center offers the annual flu shot to lower the risk of infection for you and your family. To schedule your flu shot for this year, call South Texas Family Medicine and Urgent Care Center or use the online booking feature today.

What is the flu shot?

The flu shot is a preventive injection that lowers your risk of catching and becoming very sick from the strains of the influenza virus that are most active in a given year.

Flu season lasts from the fall through the winter each year, and you should make sure to get the flu vaccine annually in September or October.

Like other vaccines, the flu shot works by introducing the dead or weakened virus into your body so your immune system can develop antibodies against it. Some people get temporary minor symptoms after getting the flu shot, but any symptoms you get are far less severe than the symptoms of an actual influenza infection.

It takes about two weeks for your immune system to develop antibodies against the influenza viruses after you get your flu shot. After that, if you come in contact with the active influenza virus, you either don’t get sick at all or get a much milder case than you would without the vaccine.

How often do I need the flu shot?

The flu shot is different from other vaccines because it doesn’t involve an initial dose and a booster. Instead, you need to get a flu shot every year in the fall because the formula changes yearly.

Researchers predict which strains of the influenza virus will become the most active for an upcoming flu season and develop the vaccine accordingly. That means that flu shots from past years won’t protect you against the flu in future years.

What should I expect when getting the flu shot?

Getting a flu shot takes only a few minutes and won’t inhibit you from continuing your day as usual after your appointment. When you come to South Texas Family Medicine and Urgent Care Center for your flu shot, the team wipes a section of your upper arm before injecting the shot.

Should anyone avoid the flu shot?

The majority of people six months and older can benefit from the annual flu shot. However, there are a few circumstances in which the flu shot can be risky. The team at South Texas Family Medicine and Urgent Care Center might advise against the flu shot if you:

Fortunately, the flu shot is safe and effective for most people. It’s especially important for you to get the flu shot if you’re pregnant, elderly, or have a weak immune system.

Don’t wait to get the flu shot and protect yourself against this year’s flu. To schedule an appointment, call South Texas Family Medicine and Urgent Care Center or use the online booking feature today.